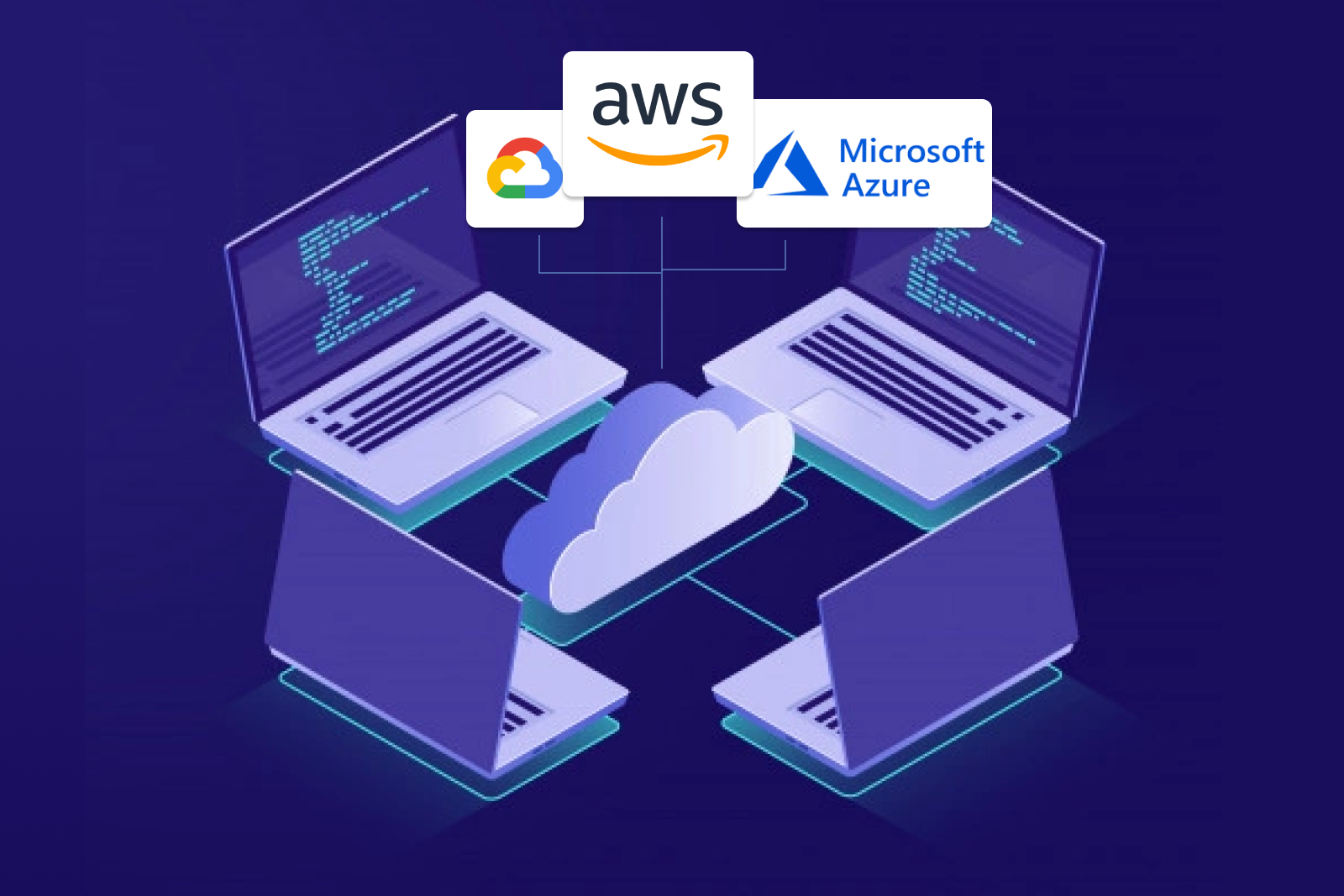 Organizations are always seeking to expand the bottom line with cost efficient technologies without compromising quality. Combining servers and cloud native technologies is an affordable option to effectively build and run cloud-native applications.

The popularity of going serverless is not a new occurrence. Most organizations examine a cloud agnostic platform due to the savings. It’s expensive to maintain and run servers. You need a dedicated IT person or company to manage the servers just to keep up with the load which quickly becomes a costly headache. Going serverless frees your company from the shackles and helps save money.

When you go serverless there are costs involved for the orchestration or executions, but they are not very much and won’t break the bank compared to running and maintaining servers. You pay for the number of executions which occur in each millisecond by using the API when you send and receive information. A short task is not overly costly compared to using a server.

It’s true, nothing in the world of technology is perfect or might even meet your particular needs. As with anything, there are some downsides to going serverless, but we are confident that you’ll discover the benefits of combining serverless and cloud-native technologies to deliver IoT Solutions far outweigh the drawbacks for most businesses.

Companies across the globe are making the switch. You’ll have a wide choice of cloud-based computing. Serverless technology has become fairly commonplace which makes it difficult for some organizations to make a choice.

Undoubtedly, switching to cloudless computing is something most businesses need to do, especially for real-time computing for back-end service management and streaming. Combining serverless and cloud native technologies has revolutionized the Internet of Things (IoT) by letting the physical world embrace the digital thanks to the cloud, analytics, containers, data collection, serverless capabilities, and more which all minimize human intervention and help organizations streamline their business operations for greater cost savings and impressive productivity.

Understanding What is ‘Serverless’?

Serverless refers to a cloud- native development model that lets organizations build and run applications without servers. However, there are still servers involved in serverless, but they are handled by the cloud provider so all routine work like maintenance, provisioning, and scaling is taken care of within the server infrastructure and you don’t have to worry about employing an IT team.

Developers package code within containers, after deployment the serverless apps can then scale up or scale down when needed. They can even scale down to zero if an application is not running to save money.

Serverless, containers, and microservers are all technologies that are the foundation for cloud native application development.

1.0  Phase was found to have limitations that made it less than perfect for general computing.

The 1.0 phase was further characterized by:

Kubernetes is the major player in serverless 1.5 . It is made up of serverless frameworks that offer auto-scale containers.

Services 1.5 is further characterized by the following:

What is Cloud Native?

Now that we have examined serverless, let’s take a moment to look at cloud native. Briefly, cloud native refers to businesses who use the cloud as storage which enables them to go serverless, better solve business challenges and improve the overall customer experience. You will use the cloud to leverage your business and take it to even greater heights. You can adopt innovative technologies for faster deployment and to boost performance while improving cost efficiency.

The first thing you’ll notice about traditional methods is that they are very siloed, unpredictable, and labor intensive.

Traditional methods and applications include

Cloud native is remarkably fluid, dependable, automated, and collaborative. Also, it is fast and far more scalable to meet your business’s growing and ever-changing needs.

With cloud native you rely on the following:

When learning about serverless and cloud native, you’ll encounter containers frequently. Containers act in much the same way that physical containers do. Their job is to hold things. Applications are stored in the container which has everything needed to ensure smooth running on the cloud platform such as networking, load balancing, and scaling. You basically create and run the code anywhere because the containers make the application portable. Even high impact changes are made with ease which affords fantastic portability.

Applications were once built as a single entity so they could run on a server. They were easy to develop, deploy and manage but difficult to scale, change, or maintain. Updates to a single function often caused another function to malfunction or break.

Microservices manage each application function as its own within a single container and then connect using APIs. You enjoy far greater scalability and flexibility. Also, you can make changes. You can effortlessly build and then deploy features rapidly and with only minimal risk.

As mentioned above, serverless does have servers but the cloud provider oversees the servers, and you no longer have to worry about them because they are entirely managed outside of your business. You get to enjoy greater efficiency, impressive security and cost savings when opting to go serverless.

You’ll enjoy delivery of high-quality applications and rapid updates when utilizing continuous integration/continuous delivery (CI/CD) CI/CD has the ability to create automation within your workflow so every time that code is modified or added you can then automatically begin the build process and testing. After testing, the code is then deployed automatically. Users get updates and improvements either daily or weekly instead of needing to wait for months.

DevOps is about communication and collaboration. The cultural shift is now becoming cloud native. A team can work together to produce infrastructure and software often and reliably using automating processes.

All About FaaS and Serverless

You can implement serverless computing with FaaS. Developers will write business logic at which point it will be executed into containers where it is fully managed by a platform. In some cases, the model is also using hybrid deployments and on-premises.

FaaS is an option to build an app using serverless architecture, but developers are also looking for solutions to build serverless stateless containers and microservices.

FaaS lets developers run web applications as a response to events without servers. Such as when uploading a file which can trigger a custom code that is then transcoded into a file with a variety of formats.

Usually FaaS is metered on-demand using an event-driven execution model. It's there when you need it without needing a server to continuously process in the background such as a platform-as-a-service (PaaS) does.

One thing to note is that modern PaaS solutions do provide serverless capabilities which are  common in workflows where developers use them to deploy applications. This causes a blurring of the lines between FaaS and Paas.

In most situations, applications are made for the following: long running services, microservices, and functions

A provider offers an application programming interface (API0 to ensure that your function is available while managing resource allocation. Functions are always event-driven and not resource-driven. They are completely scalable so you can increase efficiency and value as needed.

Architectural constraints do exist and pose time limits for execution of the function, so it needs to startup and run rapidly. Functions usually take milliseconds to process requests and if there are numerous requests for the function then the system creates copies of the function to meet the demand.

As the demand plummets the application takes the drop into consideration and starts to automatically scale down. Dynamic scaling is definitely a bonus of FaaS and makes it very cost efficient. Providers can charge for resources they use and not waste money on idle time.

FaaS functions as a high-volume transaction idle for high volume transactions aligned with heavy workloads which can occur occasionally such as during image processing, schedule tasks, or report generation. Usually, FaaS uses cases such as data processing, mobile/web apps, and IoT services.

Using FaaS, you can build a serverless application or a partially serverless one. Also, you can go with partially traditional microservices components which let you rely on modern technology such as Kubernetes which are container orchestration systems.

Below are a few benefits of FaaS:

How is Serverless and FaaS Different?

In the beginning, serverless and FaaS were almost identical, but serverless has now expanded to include even more architectural patterns and practices which help streamline common services along with custom business logic with encoded FaaS.

Microservices use serverless and traditional apps that are containerized and meet the dynamic scale management requirements.

Sometimes the term ‘serverless’ is also used for managed services like messaging systems or databases where administrators and developers operate the system via a cloud provider, multi cloud managed services, or third-party company.

With the combination of FaaS and back-end services like authentication, databases, and messaging, everything is connected through event-driven architecture which provides benefit for serverless developers.

Who Should Consider Serverless Architecture?

Developers seeking to decrease their period for go-to-market and who are building flexible, lightweight applications can benefit from serverless architecture because they can speed things up by expanding and updating rapidly.

In many situations, purchasing a block of servers or a single server that is constantly up and running is often a waste of money and resources. In many cases, a serverless setup that responds when needed is more affordable and functions better.

Often developers pushing their application functions to end users may require at least a partially serverless architecture so they can move some processes but not all processes out of the origin server.

On rare occasions, some might want to avoid using serverless architecture and instead continue using dedicated servers. Large applications which have a constant and predictable workload often need a traditional setup which is usually less expensive in such a situation. Also, it can be prohibitively hard to migrate legacy applications to a new, different architecture.

If you have decided to go serverless then you are going to be choosing a cloud provider who relies on real physical servers. Serverless computing is categorized as either FaaS or BaaS. Typically, it is FaaS which lets you run in containers and is fully managed by cloud service providers.

At Lyrid.io, we provide you with everything you need to go serverless and embrace the use of the cloud and Kubernetes for your business. We provide a cloud agnostic platform with multi cloud managed services to fit your budget. You can also opt for hybrid cloud management or multi cloud Kubernetes management.

Our platform runs P3iD's Scanner IoT solutions as a distributed serverless architecture for improved ingestion, understanding and utilization of data so you can scale your future functions to best fit your needs. To learn more, check out this case study HERE.

We have a package and service to fit your business needs and budget. Contact the professionals at Lyrid.io to learn more today.